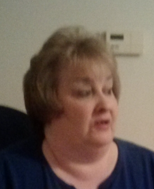 After graduating from Wadsworth Senior High in 1968, Judy worked at Delta Industries in Wadsworth several years. She then went to work at The Ohio Match Company until she retired when it closed in 1987. Judy worked at The Atomic Bar and later at the Wadsworth Moose Lodge #2070 until she became too ill to work.

Judy was born April 21, 1950 and lived in Wadsworth her entire life. Judy enjoyed taking occasional trips to Las Vegas to visit her sisters.

She was preceded in death by parents, John and Freda Morrison; and brother, Brad Morrison.

A special thank you to Marcia (Swigart) Hartley and Dee (Rohler) Stewart for their care and concern.

There will be no services, per Judy's request. In lieu of flowers, donations can be made to Mt. Zwingli United Church of Christ, 2172 S Medina Line Rd, Wadsworth, OH 44281.

To order memorial trees or send flowers to the family in memory of Judy Morrison, please visit our flower store.